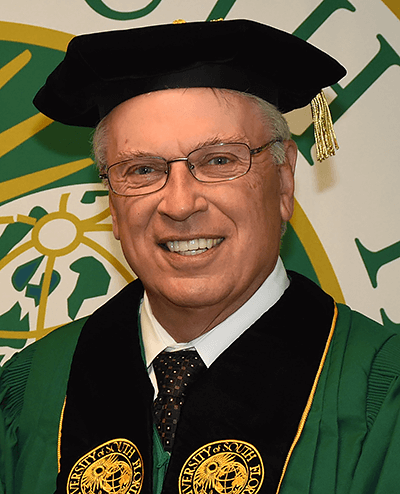 Phillip A. Furman is past president of the International Society for Antiviral Research and distinguished alumnus of the University of South Florida, whose revolutionary discoveries led to the development of antiviral drugs that are used to treat some of the most insidious viral diseases in the past 50 years including AIDS, Herpes, and Hepatitis C. Furman had a long and notable career at the Wellcome Research Laboratories and several biotech companies including Triangle Pharmaceuticals Inc. and Pharmasset, Inc. He is responsible for determining the mechanism of action for Acyclovir, commonly used to treat Herpes. While at Wellcome Laboratories he was named an inventor of Retrovir (AZT) the first antiviral approved for treatment of HIV. At Triangle Pharmaceuticals he was an inventor of several combination therapies involving Emtricitabine and Clevudine as well as other drugs for the treatment of HIV and Hepatitis B. After moving to Pharmasset, he was involved in the development of a number of drugs, including Sofosbuvir, for the treatment of Hepatitis C virus (HCV) infections. With fewer side effects and a 99% effectiveness rate, Sofosbuvir has become one of the most widely used anti-HCV drugs. Prior to Furman’s research available HCV treatments were, at best, 70% effective, thus his work has greatly impacted the health and well-being of millions of people worldwide. Furman holds 20 U.S. patents.