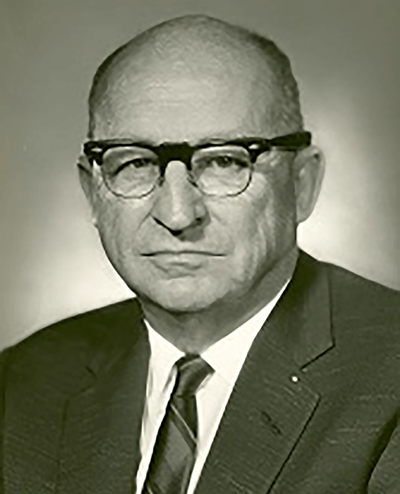 Edwin A. Link, former trustee and vice president for the Harbor Branch Oceanographic Institute at Florida Atlantic University (FAU), was a pioneer in aviation, underwater archaeology, and submersibles. He is most recognized for inventing the flight simulator, commercialized in 1929, which has trained countless pilots including 500,000 airmen during World War II. Link’s interests later turned to undersea exploration and, in 1965, his Sea Diver II research vessel first entered the Harbor Branch canal to seek shelter from an approaching hurricane. That same year, the Link Foundation awarded a grant to FAU for the first undergraduate ocean engineering program in the country. Much of the early science was done in collaboration with the Smithsonian Institution and another of Link’s on-site partners, the Florida Institute of Technology. This program generated new submersible decompression chamber exploration platforms, including the Deep Diver, designed for lockout diving, and a new class of human-occupied submersible vehicles, the first of which was launched in 1971. These aquatic research tools have been used to discover, observe and collect thousands of biological samples from ocean reefs, previously unknown to the marine science world. Today, Link simulators are still widely used for aircraft, spacecraft, ship, surface vehicle, and medical training. Link is a named inventor on 27 U.S. patents.